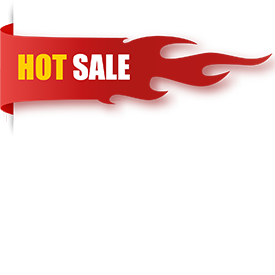 Skip to the beginning of the images gallery

Seen it cheaper? We aim to match authorised UK dealers

The Native Instruments KOMPLETE 14 Ultimate is a world-leading production suite packed with sampled instruments, legendary synths and effects. With it, you have everything you need to create professional and quality productions across any genre. The KOMPLETE 14 collection features 86 premium instruments and effects, 38 Expansions and over 43,000 sounds.

Figures shown above are approximate. 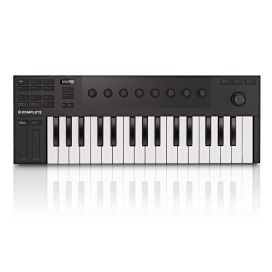 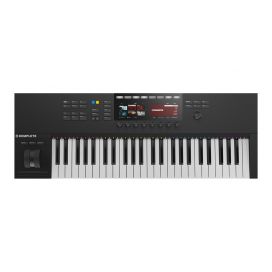 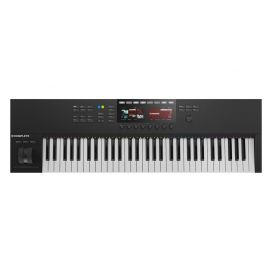 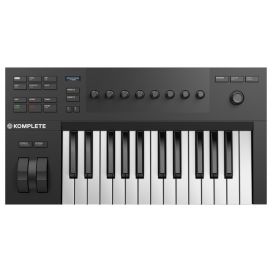 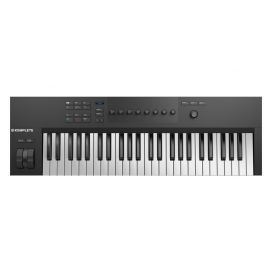 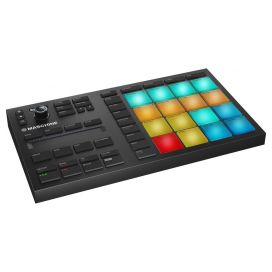 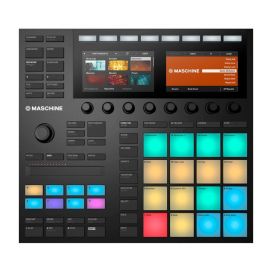 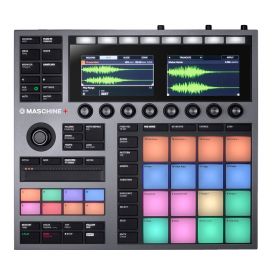 The Native Instruments KOMPLETE 14 Ultimate is a world-leading production suite packed with sampled instruments, legendary synths and effects. With it, you have everything you need to create professional and quality productions across any genre. The KOMPLETE 14 collection features 86 premium instruments and effects, 38 Expansions and over 43,000 sounds.

With even more synthesisers, sampled sounds, and studio-grade effects, as well as new additions from iZotope, Plugin Alliance, and Brainworx, KOMPLETE 14 ULTIMATE delivers the perfect punch. It's everything you need to bring your ideas to life and polish them for release, including new releases like EAST ASIA, SEQUIS, and PICKED NYLON, as well as a selection of premium symphonic and cinematic tools like ASHLIGHT and PIANO COLORS.

The music production suite includes MASSIVE X which is the flagship synthesizer along with Oberhausen and Playbox (a multi-dimensional sound design machine), Kontact 7 which is the latest version of the well-loved sampler, Prime Bass which is 355 sweet bass layers with realistic fret noises, Ozone 10 Standard is the newest version of iZotope’s industry-standard audio mastering software and Session Strings 2 which is an 11-piece ensemble.

KOMPLETE 14 ULTIMATE also includes two Brainworx titles in the form of Crispy Tuner and bx_Oberhausen which sits alongside many established instruments and effects such as Reaktor 6, FM8, Massive and Monark.

There are numerous Studio and Creative effects, including the new Supercharger GT, Crispy Tuner, LO-FI-AF and Replika XT. To add to the fantastic collection, there are 38 EXPANSIONS which contain drum kits, samples, one-shots, synth presets and loops. Top artists and sound design engineers have worked hard to create these remarkable expansions, which can be used in any DAW and work with a range of Native Instruments products such as Massive, Monark, Batter4, and Massive X. Included are VELVET LOUNGE, LUCID MISSION and DEEP MATTER, in addition to new expansions which include Beam, Fade, Haze, Quest, Neo Boogie, Wake and more.

KOMPLETE 14 ULTIMATE comes with 140 instruments and effects, as well as 62 Expansions. Explore the highlights listed below. 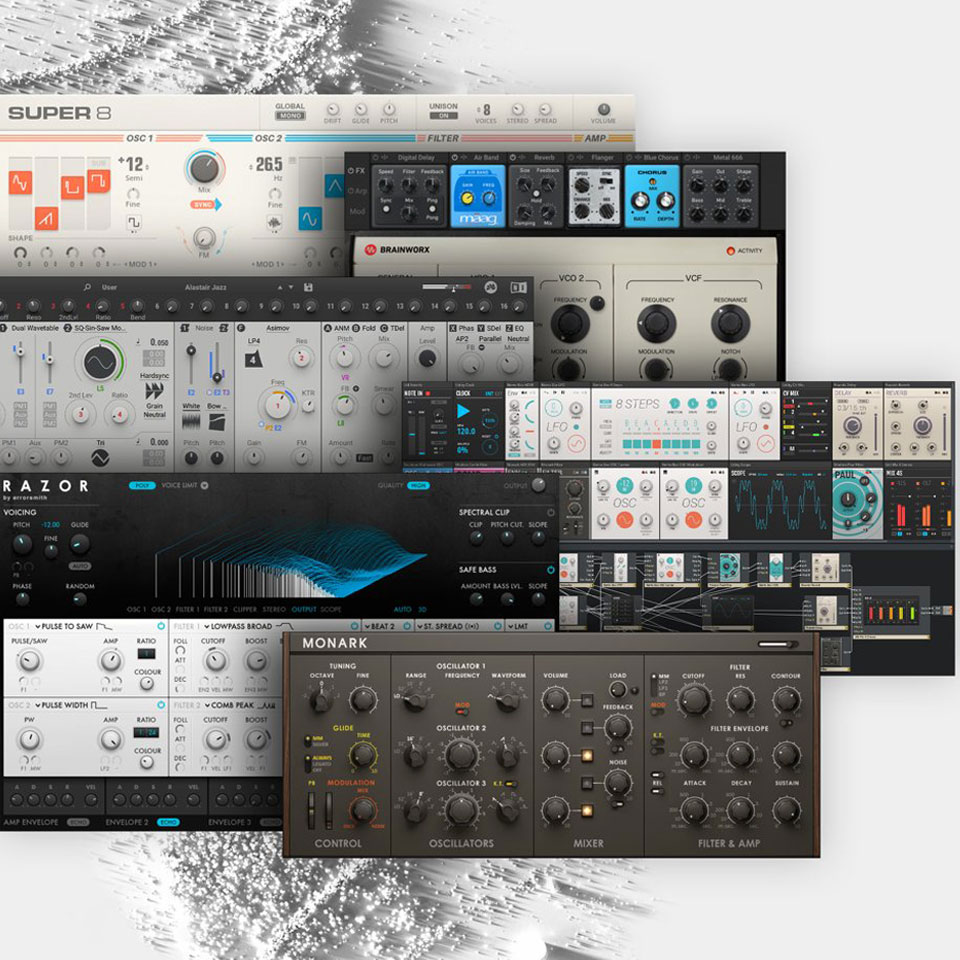 KOMPLETE 14 ULTIMATE features a powerful selection of hands-on synthesisers capable of generating any sound from the ground up, ranging from cutting-edge digital designs to legendary analogue emulations. Dip into the nostalgic warmth of SUPER 8, experience the modular universe of REAKTOR BLOCKS, or experiment with RAZOR's crisp additive synthesis. Brainworx's bx oberhausen, a replica of a polyphonic 70's landmark, joins familiar faces such as flagship wavetable synth MASSIVE X. 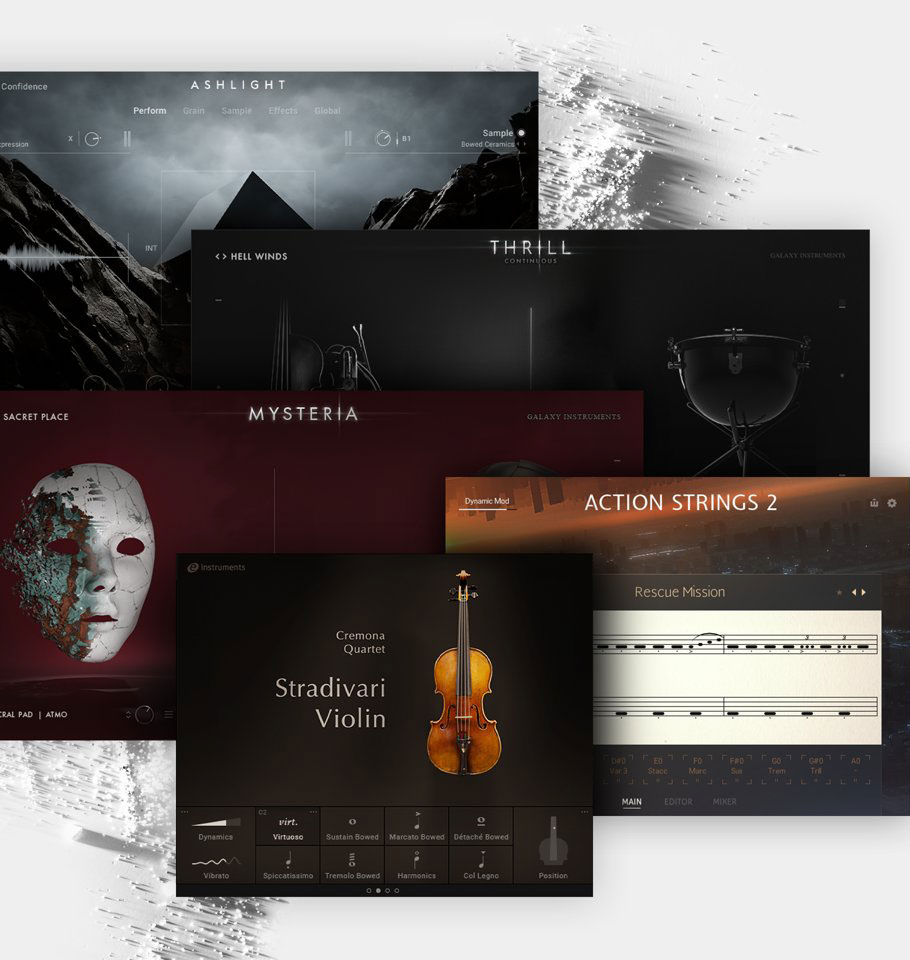 KOMPLETE 14 ULTIMATE includes a collection of adaptable cinematic and orchestral instruments that can be used to create screen-ready soundtracks for films, TV shows, and games, as well as to give your modern songs an organic touch. The legendary sounds of STRADIVARI VIOLIN and ACTION STRINGS 2, the esoteric, cinematic choral textures of MYSTERIA, the spine-chilling sounds of THRILL, the granular soundscapes of ASHLIGHT, and many more are available. 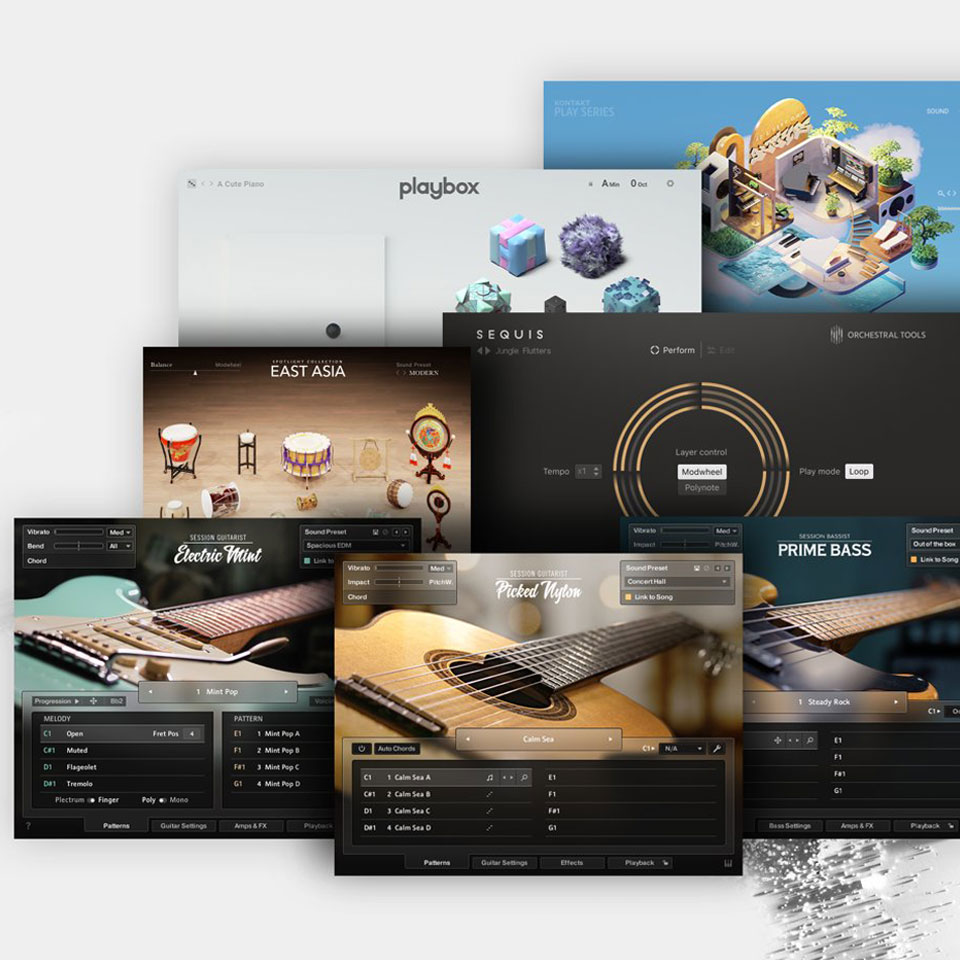 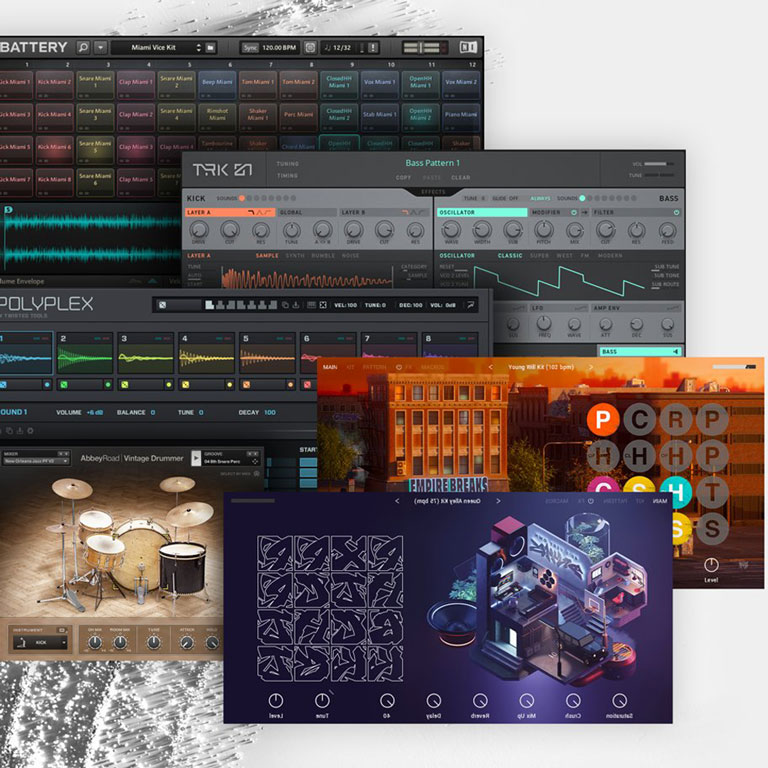 Experiment with blending leyersin POLYPLEX and TRK-01 for techno low-end, while BATTERY 4 simplifies avant-garde electronic percussion and detailed, humanised drum sounds. Dip into eras of character, from the 1950s to the present day, with all six editions of ABBEY ROAD DRUMMER, while Play Series additions such as 40'S VERY OWN DRUMS and EMPIRE BREAKS include hard-knocking hip hop rhythms. 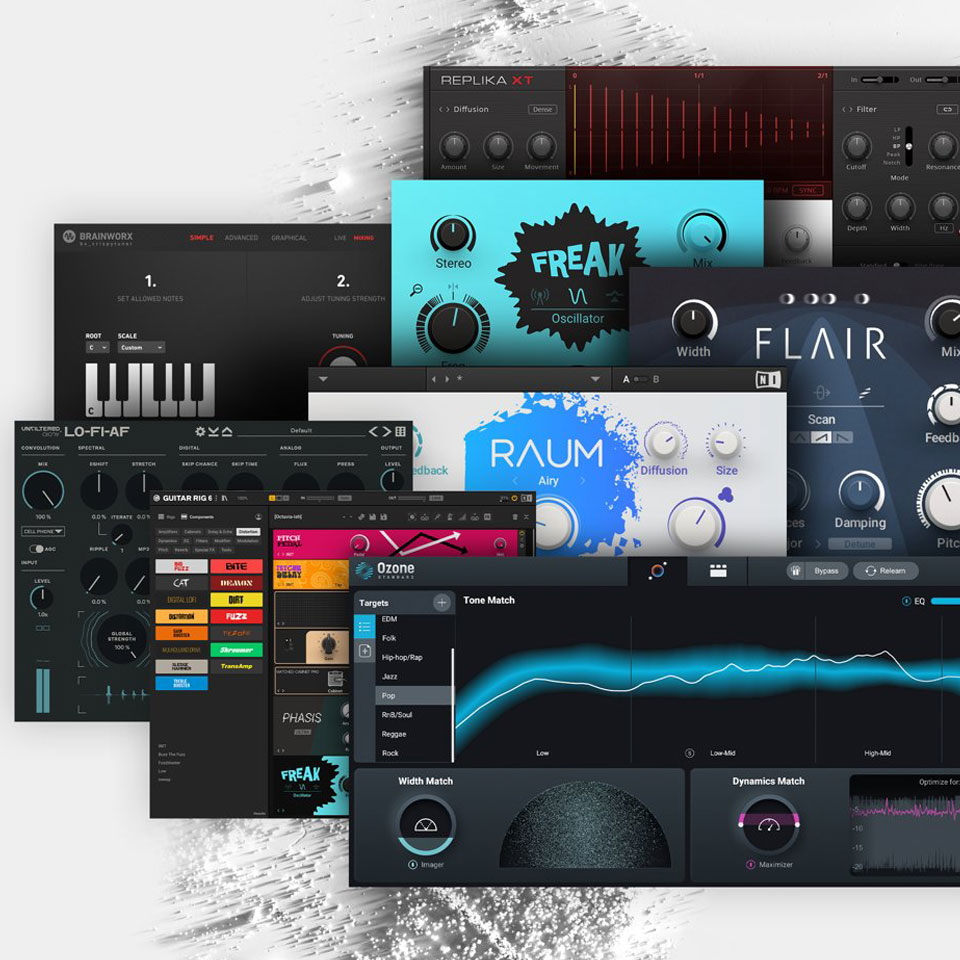 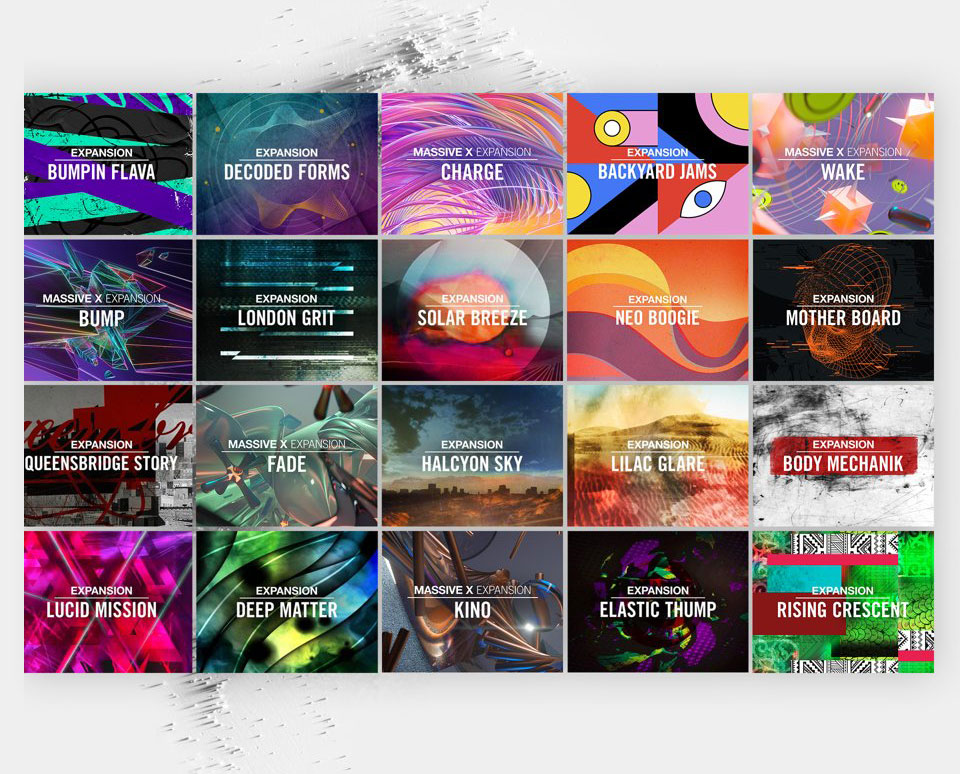 Expansions are genre-specific sound bundles that include samples, loops, presets, one-shots, and other goodies. KOMPLETE 14 ULTIMATE includes 62 of them, allowing you to instantly locate the sounds you're looking for, from the dubbed-out rumbles of SYSTEM CLASH to the lo-fi hip hop haze of FADED REELS, to the rolling jungle breaks of RHYTHM SOURCE, decades of soul feel from SOUL SESSIONS, and many more. MASSIVE X Expansions each offer 150 presets built by professional designers who dug its complicated architecture for untapped sonic gems.

Check out some of the best new additions to KOMPLETE 14 ULTIMATE. 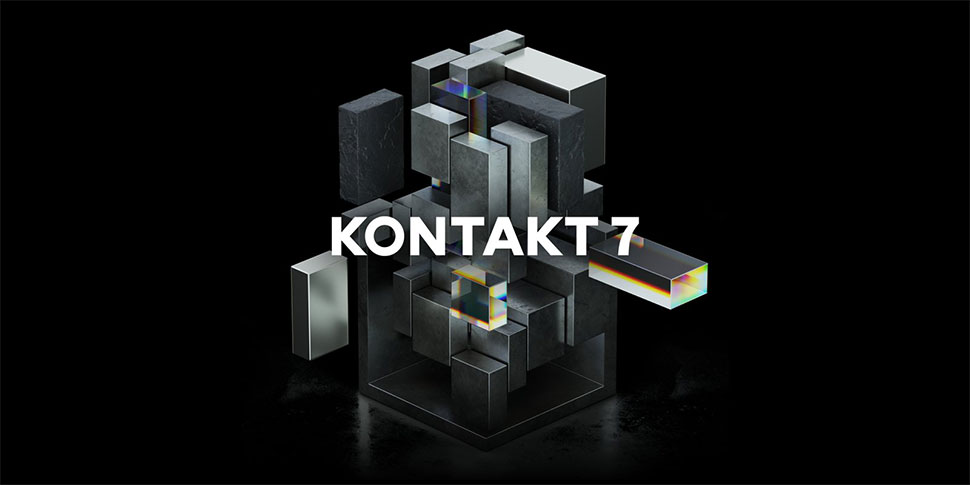 The most recent version of the world's most popular sampler, featuring a brand-new updated Factory Library, better browsing, and improved instrument-building technologies. 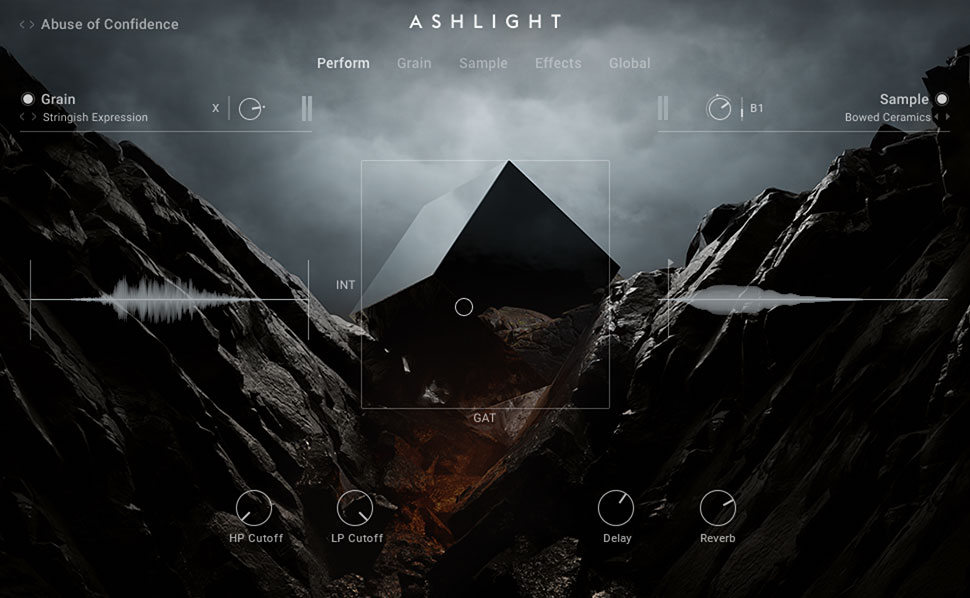 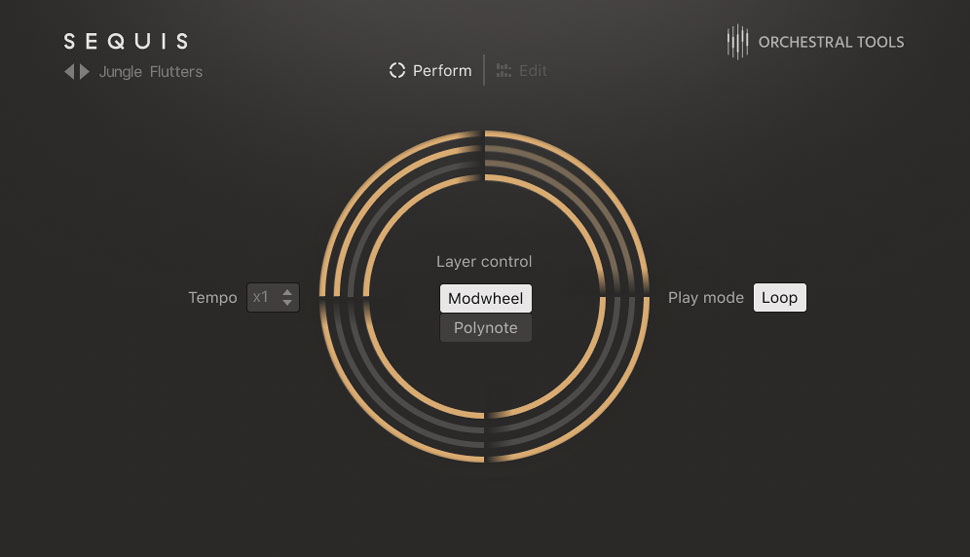 An inspirational instrument that combines organic sounds with intuitive sequencing to create an acoustic pattern playground. 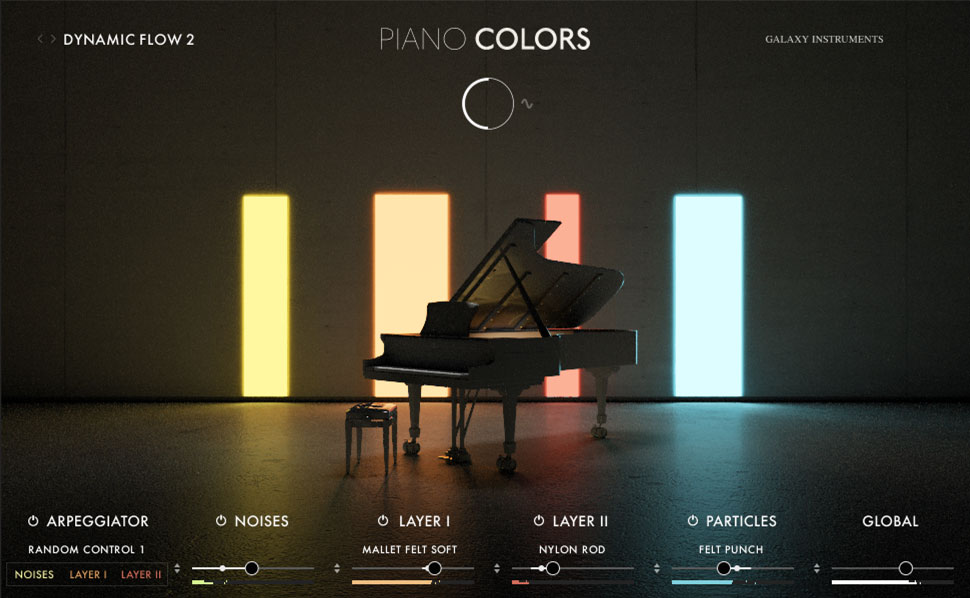 With cutting-edge modulation functions, you can push the boundaries of a grand piano's sound potential. 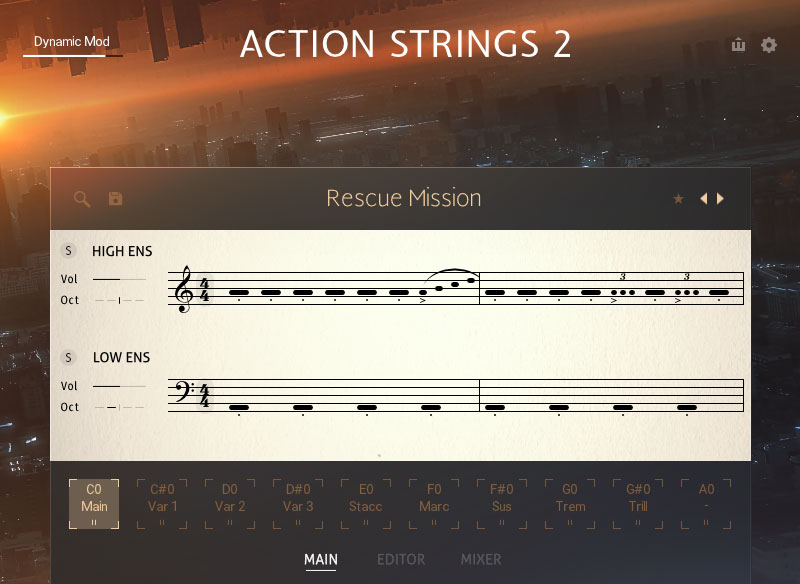 With over 31 GB of dynamic phrases, the dramatic sound of a full string orchestra merging realism with creative freedom. 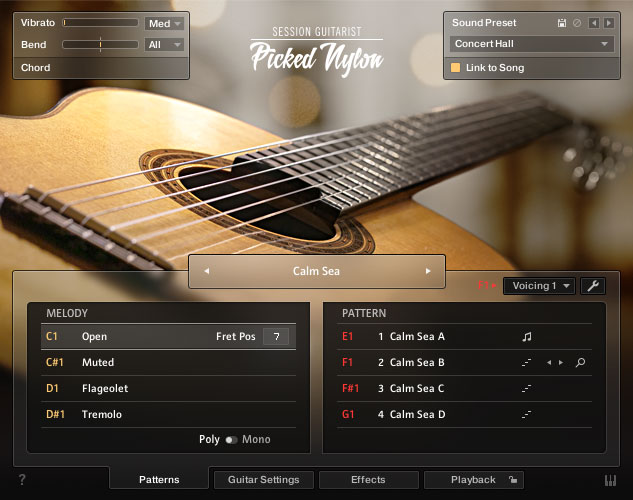 A handmade nylon-stringed guitar with over 200 inspirational patterns and an extra melodic instrument. 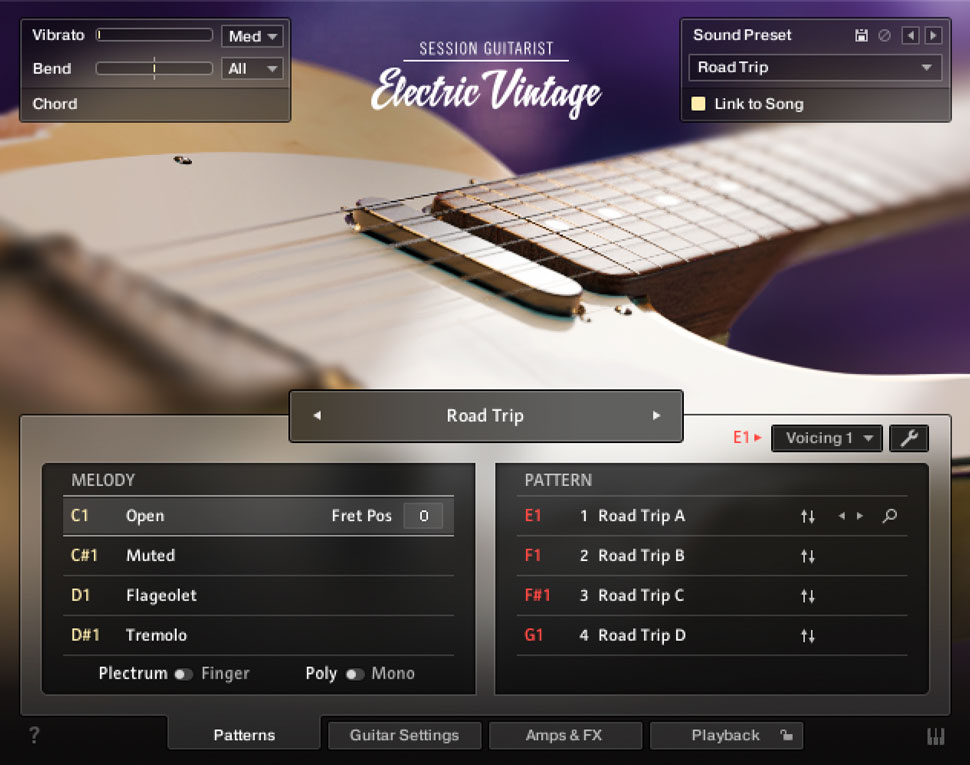 The distinct sound of a vintage solid-body electric guitar from the 1950s. There are over 230 patterns to choose from, as well as an extra melodic instrument. 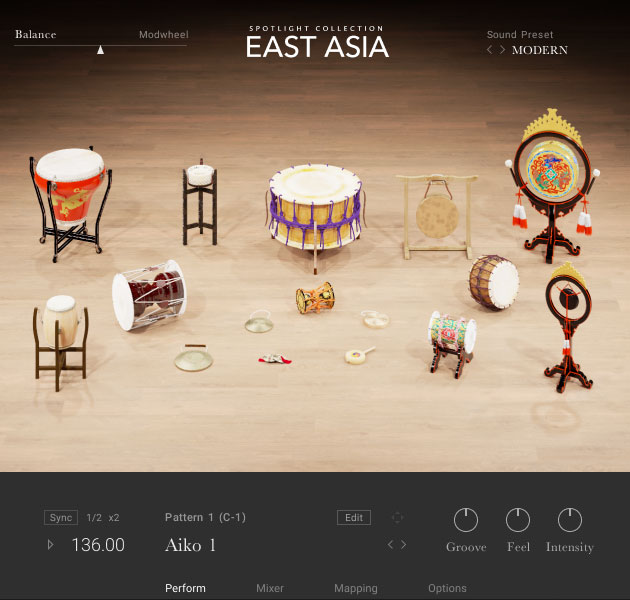 Mastering simplified. The most recent edition of the industry's most complete professional audio mastering software includes AI-powered assistance technology that aids in the creation of balanced music. 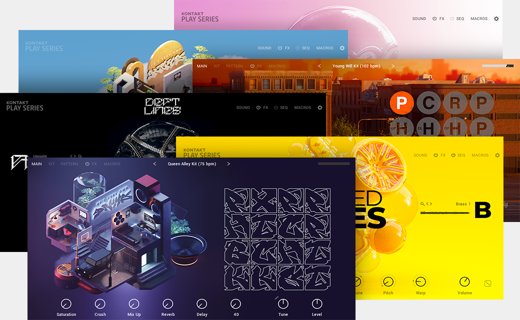 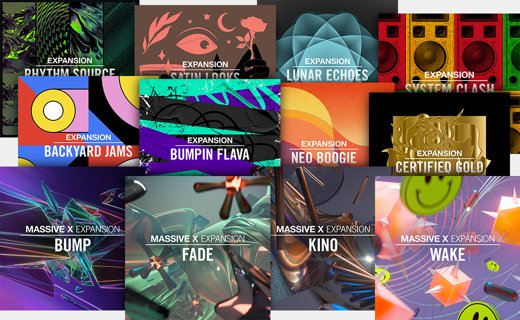 This collection's contents need an internet connection to install and activate. All items may be utilised offline once installed. Certain items may need free downloads.

KOMPLETE 14 ULTIMATE is easy to install, set up and activate and can be easily updated via Native Access 2. It works with any DAW and seamlessly integrates MASCHINE and KOMPLETE KONTROL keyboards.

NI KOMPLETE 14 is available as a download only. When you register your product, you will receive a €25 e-voucher to spend at the Native Instruments online Shop and 1 x “Buy any plugin for €29.99” e-voucher to use at the Plugin Alliance Online Shop.

Got a question or need assistance? Get in touch, we're happy to help.

See what our customers say

The DJ Shop prides itself on providing outstanding customer service, is a powerhouse of knowledge and retails superior quality brands within the DJ and Music Production industry.

The DJ Shop is the UK's leading DJ Equipment Finance retailer and liaises with some of the most prestigious DJ Finance lenders in the UK.

Discover our flexible delivery options including free and next day availability, along with The DJ Shop's fair returns and usage policy.

Join for special offers and once in a life time deals